This week we focused upon the Aloha value of HONESTY and distinguishing between facts and opinions when making choices. Children have been encouraged to think more carefully when making choices in their thoughts, words and actions and about how their choices can affect themselves and others.

This month we have been assessing children’s progress through a mixture of teacher assessments and online assessments. This has given us a clearer picture of the type of support or challenge each individual pupil needs. We have also been encouraging children to be honest with themselves and have the confidence to ask for help if they need it especially in their learning. This is especially important when we are setting targets for the children to achieve. Your child’s class teacher is looking forward to discussing your child’s progress with you at next week’s Parents Evening. 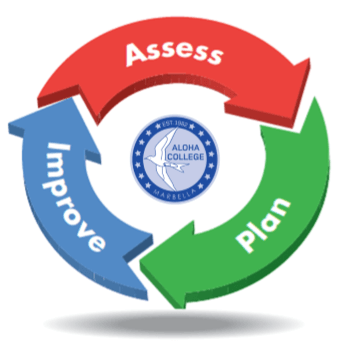 As you know, the children have been learning and playing in their class groups without mixing with the other class groups and year groups and are being very respectful about social distancing. However, this does become difficult for them when they get distracted and so the sight of a dog or puppy coming into the school grounds usually causes much excitement and a great temptation for children to leave their class groups. I politely remind you therefore that no dogs are allowed on the school grounds and I recommend that you leave them at home when you drop off or collect your children. I would also like to remind parents that the bus bays by the top gate are just for drop-off and not for parking.

Finally, congratulations go to Year 4 as I have really enjoyed reading their poetry this week. I can see that they have really thought about the content and some of the illustrations are amazing.

Five years ago, Mr Taillefer (Secondary Science department) gave a presentation to our students about the CRISPR/Cas9 genome editing technique. At the beginning of this week, I read the following headline in a newspaper:

Firstly, I would like to thank Mr Taillefer for having kept the Aloha College Marbella community well-informed about the latest discoveries and up-to-date research in Science. Secondly, we must celebrate the fact  that it is the first time the Nobel Prize for Chemistry has been awarded to two women in the same year in its 119-year history.

As I research more and more about the subject, some publications claim that the development of this innovative technology would not have been possible without the work and contributions of the well-known researcher, Francis Mújica. A different newspaper headline reads: ‘Disappointing and unforgivable. Science regrets that the Nobel Prize has not been awarded to Francis Mújica, the father of CRISPR’

Although the Nobel Prize is awarded to both scientists, one assumes that there must have been a long, drawn out process before these results were achieved. It is also obvious that this discovery involved more than the two women recognised. I am not sure why, but in situations like this, we tend to focus only on the person or people who are at the forefront.

This reminds me slightly of what happens in a theatre play or a movie. The audience only sees the final product that is displayed before them. The director, along with actors and actresses, are normally the main people who are praised after the curtain closes, but there are hundreds who work behind the scenes and also deserve as much credit. When we see, for example, the beautiful light that is cast perfectly on the actress, there is probably someone holding a heavy light at just the right angle. As the actress begins to dance, you may wonder how someone could think of such a dance. Isn’t there a choreographer who planned this?

In every area we look into, we find plenty of people who spend months and even years making sure that everything runs smoothly, be it a theatre production or a science research project. They put in just as much work as the people on your television screen, stage or newspaper headlines.

I would not dare say that Mújica deserves the Nobel Prize over Champentier and Doudna, but shouldn’t the work of those who make significant contributions behind the scene be more recognised?

I hope you have a good weekend.