I hope your week was as good as mine!  A lot of my newsletter this week is “boasting” about our Primary School children’s success in recent sporting events…

On Wednesday our KS1 and KS2 children competed in a beach cross country with 8 other schools – and came first!  (See Mrs Salmon’s newsletter) You have made me so happy! Thank you to all those who turned up to cheer the children on.  Parents are certainly becoming used to seeing ACM win!

Blanca Sánchez of 3ESE has only been competing in triathlon for a year, but she has already won a prize for being the third best athlete in Malaga in her category for the 2019 season.  She has just started the duathlon season in Ronda, and has already won a gold medal. This is fabulous, Blanca, I am so proud of you because I know how hard you will have trained. Well done!

Zayn Müller of 2ARS visited my office on Wednesday to tell me about his karate prowess (he is an orange belt!)  He treated me and the administration staff to a display of his “kata” and we were extremely impressed by his energy, but also by the precision of his movements and his concentration.  Keep it up, Zayn, you will go far! I now know who to go to if I ever need a new security guard…

Thank you so much for supporting our charity yesterday in the non-uniform day. So far we have raised  €2,235.67, but the money keeps coming in so I will give you an update in my next newsletter.

Thank you for expressing your support of the measures we are taking.  As I mentioned, the protocol is temporary and will be adapted if necessary.  Please be aware that we have consulted and continue to be in contact with all the appropriate authorities.

As you know, the musical we are proud to present this year is “Grease”.  Performances take place on Tuesday 18 and Wednesday 19 February at 18.00 h and Thursday 20 at 19.00 h in the Arts and Sports Hall. Tickets are on sale from Monday 3 February in the administration office at 5 euros – be careful, as they will fly!  I look forward to seeing you there.

Have an enjoyable weekend with your families, hopefully with that lovely weather we are used to in Marbella.

Who says school is boring?
“Not all classrooms have four walls” and this is certainly true of the wide range of learning opportunities your children experience every day at Aloha. This week has been a busy example of such. Children have experienced learning and being successful in teams, collaborating to try to solve the problem of a shared goal, experiencing history through visiting sites and seeing archaeological findings (i.e. Y4 trip to Dolmen Centre of Corominas in Estepona) and, last but not least, communicating to show empathy for other children less fortunate.

Energy Monitors
In my Monday’s assembly we watched a presentation about saving energy. Miss Meryl explained to us that the Eco committee have come up with the idea of having an energy monitor for each class. This child will take on the responsibility of encouraging others to be more energy efficient. Their responsibility will be to switch off lights when the class leaves the room, setting the smartboard to sleep mode when not in use and at the end of the day ensuring computers are switched off (if the teacher is not using it) and the heating. I was also interested to receive a letter from the Eco Club suggesting we reward energy savers with energy house points. Such a great idea, that has now been adopted! 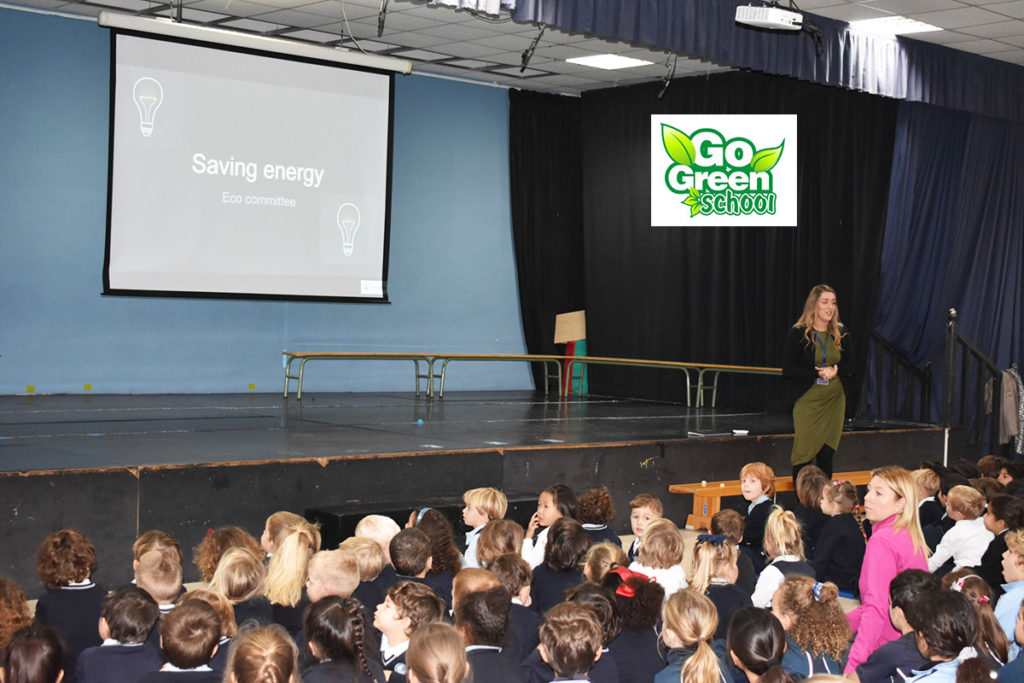 Thank you to everyone for supporting the Australian fundraising yesterday. The Primary School will be holding a Wild Hair Day in recognition of the uniqueness of the threatened Australian Wildlife on Friday 14 February.

Aloha Value Focus this half term – Honesty – What happens if you keep telling lies?
Personal Goal Target for January – Resilience – Why are mistakes OK?

We started the week with some sad news. Kobe Bryant, a famous NBA basketball player, died last Sunday in a helicopter crash. The world remains in shock over the devastating news. We know that he was an idol for many of our students, particularly those who play basketball. I was in total agreement with Mr Toal when he suggested that I write a few words about Kobe Bryant in this week’s newsletter.

The great Roman poet Quintus Horatius Flaccus said: “Carpe diem, quam minimum credula postero”, which translates as “Seize the day, do not trust tomorrow”. It is absolutely true; the only thing we can trust is living for the present moment. However, I do not believe we fully embrace this idea.

Our daily life is extremely busy, which makes us think about what we are doing at the weekend or where our next holiday destination will be. The same happens on Sundays when we start feeling anxious about Monday. It seems that the present moment is so dull that we constantly need future plans. I know it’s easier said than done, but we must take some time to enjoy the present moment and not focus only on what comes next.

Kobe Bryant was in the NBA for twenty years and only retired three years ago. As well as his many achievements in basketball, he led many charitable activities, including a fund for young people in China. He also narrated an adaptation of ‘Dear Basketball’ for a short animated film which won an Academy Award in 2018. He inspired a generation of basketball players internationally. They say he was the most globally minded of any NBA star in history- he could confidently conduct interviews in Spanish and Italian and was also a major influence in women’s basketball.

The best tribute we can pay to Kobe Bryant is to remember him as a magnificent sportsman who inspired a whole generation of athletes.

The Spanish novelist Lope de Vega once said: “What counts is not tomorrow but today; today we are here, tomorrow we may have left”

I hope you have a nice weekend