I hope your week was as pleasant as mine. In last week’s newsletter I promised I would feed back to you about the meeting with my Secondary pupils who are involved with the European Space Agency Project.

I met with four of them on Monday, Florence Sargent, Anna Alieva, Andrea Gozalo and Roberto Menchen. It was like being in a room with four science professors. They spoke with such passion, knowledge and conviction I was bowled over!  And so impressed and proud. Please click here to read what they had to say. 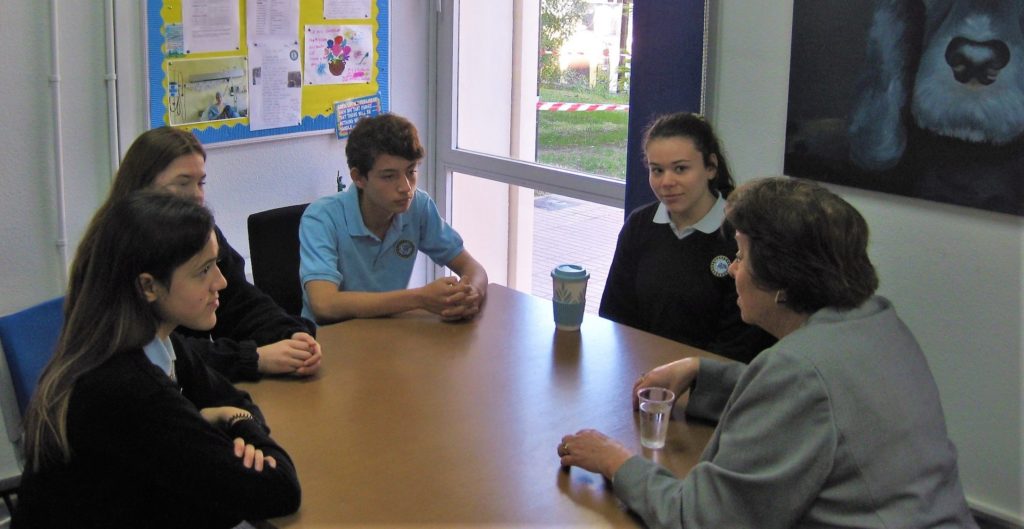 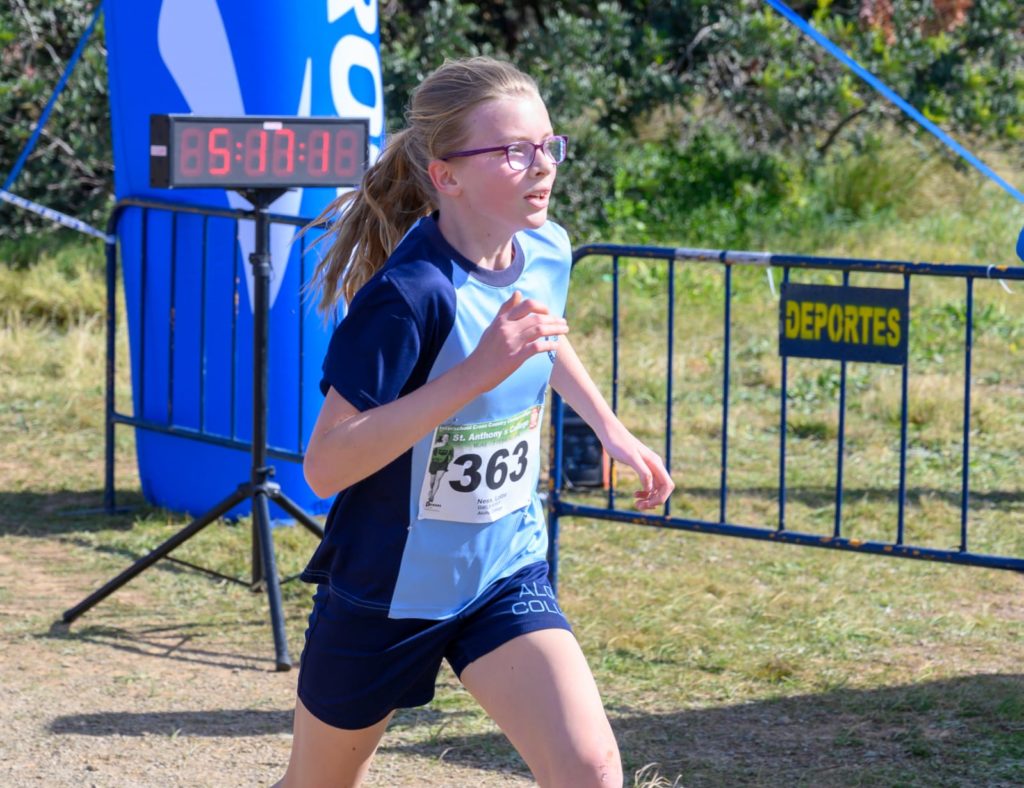 Thank you, Dr Walker, for inspiring them and thank you their parents for supporting them.

Our sincere apologies to Lottie Ness whose name we omitted from last week’s newsletter regarding the Christmas Challenge. She managed to clock up an amazing 62 kms. Congratulations, Lottie!

I must thank all PE staff for their enthusiasm and passion, which so motivates our pupils.  After listening to Mr Toal’s pep talk before they all got on the bus, I myself felt inspired enough to do a 20 km run!

Thank you to all those who participated.

Thank you to two Primary pupils for sharing their beautiful, high-quality work.

Akezhan Tatishev, Year 6, astounded me with his impressive poem, which has been entered for a COBIS Competition. He told me he was inspired to write poetry by his grandad, who was a famous poet.

Kaia Cergneux, also Year 6, made me quite emotional when I read the superb piece of writing sharing her deep sadness over the loss of her dog.

Well done to both of our magnificent pupils.

SHOCK IN THE PRIMARY SECTION

Some of you may have experienced concern for my well-being this week. On Tuesday I was seen in the corridors covered in bandages and walking with the aid of a stick. Worry no longer!!!

I was only acting to promote the scene in one of our most outstanding lessons, taught by Mr Wakefield, Year 5. I was involved in a detective story where I was allegedly wrestled to the ground in an attempt to prevent a burglary whose protagonist turned out to be Miss Mary Salt!!!

I was overwhelmed by the children’s concern and care when they genuinely thought I had been injured.  Thank you to the parents who also expressed their concern. 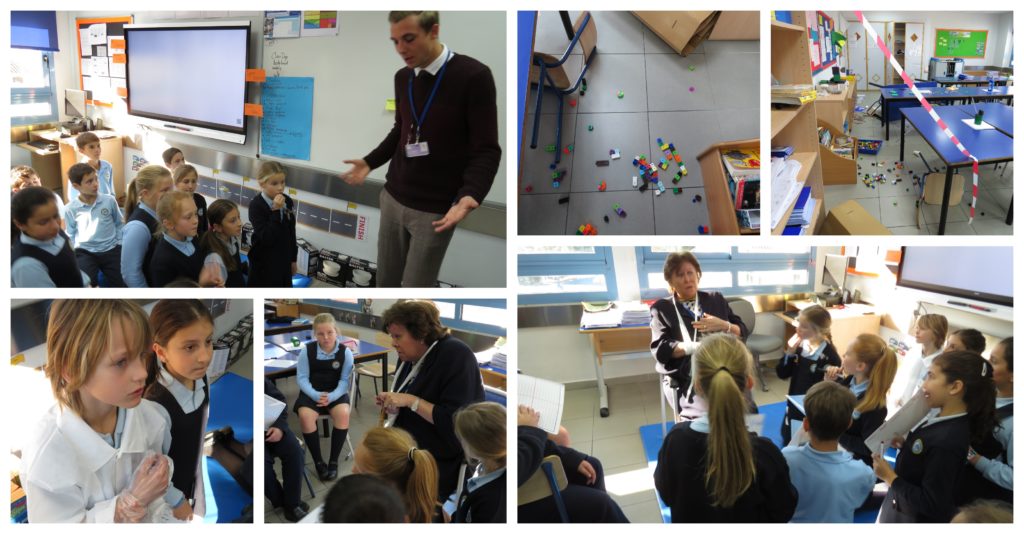 The children were inspired by Mr Wakefield’s lesson and I was privileged to be a first-hand witness to some outstanding teaching and learning.  Thank you Mr Wakefield and his Year 5 class.

Thank you to all the parents who attended the Year 11 Parents Consultation Evening on Monday – 92% attendance.

I look forward to the three nights’ performance of Great Expectations, on Tuesday 19, Wednesday 20 and Thursday 21 February.  Please purchase your tickets from administration.  Mr Sharp and the pupils have worked so hard preparing this production, in fact today while we are all resting they are having a rehearsal in the Arts and Sports Hall.

Have a lovely weekend with your families. 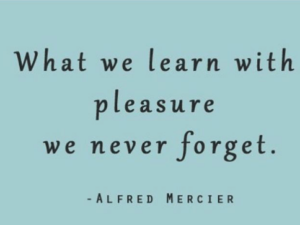 “We are busy learning”

This week began in assembly with Year 1 children confidently performing the story of ‘A home for a hedgehog’. Through drama, narrative, dance, songs and gymnastics they explained to a very large audience why different animals have different needs, which is why they live in different habitats. 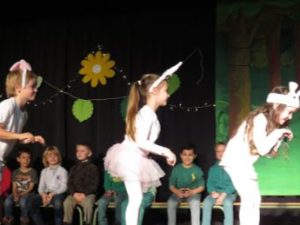 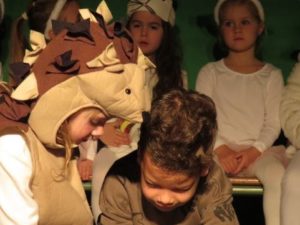 Year 1 and Year 2 had a wonderful visit from the Planeta Explora team this week. Children enjoyed learning about solids, liquids and gases. 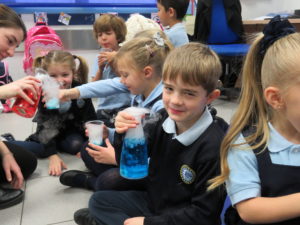 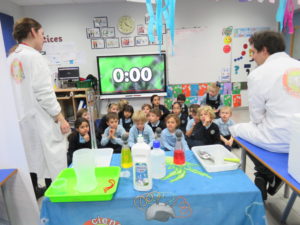 Congratulation to Akezhan Tatishev 6LBA for winning the Primary Poetry competition entitled ‘The Last Page’; his moving poem initially outlined the damage that human beings are causing the earth concluding that maybe we could learn from our mistakes and our world will survive. As another Year 6 child told me: ‘None of us are perfect but we can at least try’.

Mr Wakefield’s Y5 English class were the talk of the school this week as rumours rapidly spread that his classroom has been burgled and Mrs Batchelor was injured in the process. Reassuringly, none of this was quite as it seemed. The scenario was the setting of an inspirational lesson to stimulate children’s questioning skills and independent report writing. Miss Thorne and Miss Mary were very convincing in their supporting roles. 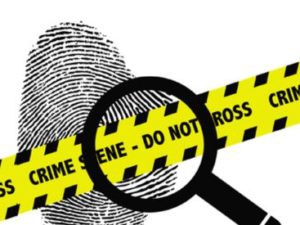 Congratulations and thank you to Don Sebastián and Miss Bronagh for their challenging Y5-Y6 Cross Country training. It was all worth it as the team returned from St Anthony’s as champions!!!

It was a pleasure on Monday to present Ana from CRECE Association with a cheque for €560 on behalf of the whole college (CRECE cares for children and young people with disability – asociacioncrece.org). Thank you to all of you who bought the CRECE Calendar.

Next week’s target: ADAPTABILITY
Talk Homework: All living things – plants, animals and people – have a home or somewhere that we live called a ‘habitat’. This can be huge like the ocean or small like a leaf. Do you know any habitats and who lives there? It could be around your home or the other side of the world.

“Whoever you are…I have always depended on the kindness of strangers”. This is  Blanche DuBois’  last line in Tennessee Williams’ ‘A Streetcar named Desire’.

It is true that we sometimes put our trust in those we do not know. For example, we ask a fellow train passenger to look after our belongings while buying a coffee. However, I struggle to find acts of kindness by strangers which go beyond just keeping an eye on your luggage whilst you are not around.

You all know how much I enjoy talking to your children and my colleagues. There is always a story, anecdote or experience worth sharing and, last week, after listening to one of my colleagues about her weekend in Ronda, I found an example that demonstrates a beautiful act of kindness.

My colleague was sitting outside a café in Ronda with a relative, enjoying the sunshine.  Two men were standing outside the Church next to the café asking people for money.  At one point, one of the men approached them and asked for some change. They replied politely and the man walked away. A couple of minutes later, he came back and seemed to be tidying their table. Suddenly, the man stooped down and reached for one of the handbags which was on the floor.  Realising what was going to happen next, my colleague put her foot on the other bag but the man was stronger than her and pulled it away. He tucked the bag under his arm and began to run away. Some people in the café stood up and ran in all directions to catch the thief.

My colleague wandered about the streets, looking for the thief and could not find him.  As she returned to the café, a young lady came up to her and said that she had called the police.  She said that the robber had been caught and that the bag had been found.  Apparently, an off-duty police officer had seen what had happened and he was amongst the group of people who had pursued the thief.

After all, what could so easily have been a dire situation turned out to be only an anecdote, all thanks to the kindness of strangers.

I hope you have a nice weekend.