Three nights of the most fantastic, professional performances by our Secondary pupils and Year 6.

“They danced and sang with gusto!” Elizabeth Batchelor, School’s Principal said. “I have attended shows in the West End of London, and our Grease could match any one of those.” 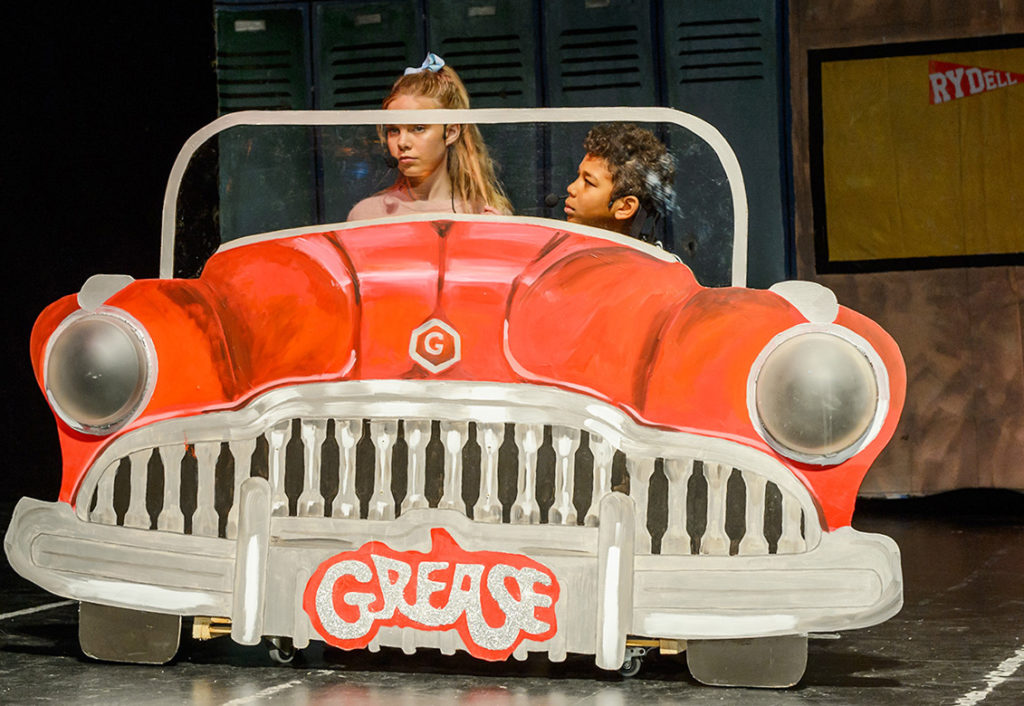 Students from Year 6 to Year 13 have managed to build a play that has been a delight for the senses in just 5 months of rehearsals. Excellent performances and what a memory! A show of more than two hours full of dialogues and musical performances.

But children knew the entire text perfectly and they also had the talent to move around the stage, sing and dance like real stars.

Francisco Escobar, Head of Secondary, stated: “We are not here to only celebrate the success of this production in terms of singing and dancing. We must focus on what your children have learnt from this experience. It takes courage to stand on stage and perform in front of an audience. This has taught them to deal with frustrations, patience and understanding their differences,” Francisco said. “It has also meant that new friendships have been made or perhaps existing friendships are now stronger. I, as a Maths teacher, cannot teach all those things in my lessons. Creative Arts subjects are as important as any other subject taught at Aloha College Marbella.”

One of the incredible things of the show is the fact that actresses and actors were accompanied by a live band of Aloha pupils! – thanks to Arshia Farajollahi, Luca Hadjisotiriou, Sofia Zaripova, Sofie Axen and Mateo Iturmendi.

Thanks to Miss Thompson and Miss Williams who organised costumes and make-up, and Mrs Moore and Mrs Wain who contributed all the art work and scenery.

“I sat with pride watching Miss Longdon coordinate the whole performance with Mr Sharp, who was even included in the cast.

Congratulations to all pupils, staff and the parents who supported us.” Mrs Batchelor concluded.