Welcome to the fourth edition of this newsletter, which hopefully finds you safe and well and starting to get back to some kind of normality. Our teaching and learning here at the college has carried on during the lockdown and all of us are learning new skills and connecting with each other in different ways.  Three former Aloha College Marbella pupils bring their stories to us of their journey since leaving the college and have been extremely successful in their chosen paths, inspiring us to better ourselves and to always to follow our dreams.

Bernardo currently plays for La Liga team R. C. D. Espanyol and has also played in the English Premier League with Middlesborough, as well as making the pre-selection squad for the Columbian national team before the 2018 World Cup.

“I remember as if it was yesterday, that day I had to make the biggest decision in my life: go fetch my dreams outside Aloha College. And this was not because my school couldn’t offer this opportunity, not at all. It was because I had to hop on a train that would only stop by my side once in a lifetime. I chose football, a risky beauty, the dream I guess most of us once have during our childhood, such a hampered pathway to personal realization, so much competition, so much effort and sacrifices required… I feel honoured, looking back 13 years ago when my professional career kicked off, there is no other grateful thought that crosses my mind, than knowing and thanking all of those values of perseverance, humility, aiming only for excellence, ambition, resilience and most importantly teamwork, that Aloha College’s environment inculcated in me. I was only a young man, when at 17 I left, with just one year ahead to finish my IB, to move to Sevilla FC as a semi professional football player, and now, 13 years after, I can say I have enjoyed every little piece of this journey that has allowed me to represent a number of historical teams, and to step on most of the main international Stadiums of the world and face the best of the best: La Liga, The Premier League, Europa League, wear the shirt of my National team… what more could I have ever dreamed of.

Wow it’s been a magnificent trip, but in football like in life, passion, consistency and full dedication for what we love and do is what allows us to shine. I started playing on Aloha College’s bottom pitch before we had that wonderful astro turf; big after school games against teachers. They were the ones responsible for developing and structuring our futures, but not only they succeeded in this, but ended up being special friends that have been attentive and involved in our progress afterwards. From the bottom pitch to making my debut in the Premier League at Old Trafford, sounds unimaginable still, but hey, dreams come true, and the best of all is feeling proud and never forgetting where everything started: Sr. Lopez, Don Fernando Cerezo or Mr. Wade are not that different from Messi, Cristiano Ronaldo or Ibrahimovic, are they not?

To all the present students, enjoy every step of the journey at Aloha, you will not only miss your friends, who will be your true best friends for the rest of your life, but also an honest community that will make you feel gratified and proud for having been part of it. “

David is now a pilot for EasyJet airlines and currently waiting to get airborne again!

“Upon graduating from Aloha College, my first stop, after a little R&R, was Sussex University, reading for a degree in Computer Science and AI. After 4 months, of what was to be a 4-year course, I realized that I had chosen the easy way out and was not following my dream, that of becoming an airline pilot.

I enrolled into flight school in South Carolina, where I spent 2 years training, and teaching students on light aircraft. However, during these two years, Europe created a Joint European Aviation administration that no longer accepted American pilot licences, forcing me to completely retrain in Europe. Now licenced to fly pretty much anywhere in the world, the search for a job was on.

My first job as a commercial pilot was flying a Cessna 404, a 10 seater twin propeller Airplane out of the British Virgin Islands. I spent 3 years flying passengers throughout the Caribbean. What an experience. But I had to start looking to the future, and become career minded, so I managed to get a job for a low-cost airline that had just started up in Hungary. I got trained on the Airbus A320 series, and went off to Warsaw as a co-pilot for Wizz Air. After 2 years, I got the break I was after, and got recruited by EasyJet as a Senior First Officer based in Milan. Four years later I was promoted to Captain, and in those 6 years as Captain I have had the chance to be based in London, Paris and now Nice, where we have chosen to settle.

Yes, there is a lot of moving around, and this career does require some flexibility in where you can or want to live, especially in regards to family, however the process reaching the final goal is very rewarding, and the thought of flying an airplane still thrills me today. My office window has the best view in the world.”

Fran is a successful businessman based here in Marbella, who graduated from Year 13 nineteen years ago.

“It seems like yesterday when I walked out of the main building, saying bye to Miss Susan across the reception desk after my IB exams. But this was 19 years ago already. Since then many things have happened. I studied Law and Business double degree in Madrid & Canada (6 years). Once finished, I came back to Marbella (2007), as its one of the best places to live in the world.  Started working in private banking as I believed it was my dream, but soon realised it wasn’t my cup of tea, so in 2009 I decided to start my first company, i-Answer – Audience response systems. I went to China to develop an electronic voting system for Schools and Universities (this system worked via Powerpoint and an individual remote control with 6 buttons A to F for multiple choice answers). Came back to Spain with an innovative product and a lot of energy, but zero experience and no help. Little by little I started introducing these systems into schools & Universities across Spain (Including Aloha College), until one day McDonalds rang my door and asked to rent this system for their AGM in Spain, as this system would collect all the votes of their audience in real time. Thanks to this, I got to know the live events industry.

In 2011, I met my actual business partner, a half Scottish half Spanish man who was also starting his own company, Visionarea 361º productions, a full service provider for corporate live events (Lighting, sound systems, staging, LED Screens, scenics etc.) At the time, Visionarea had 4 employees & delivered its services only in Madrid. Since then we started working together delivering top end corporate live  events worldwide for clients such as Coca Cola, Google, Mini, Audi, KPMG, EY, Novartis, Pfizer, Oracle, Cisco & many many more. Today, Visionarea has over 40 employees, 3 warehouses (over 5000m2), Madrid – Barcelona – Marbella, produces over 250 events per year & is recognised as one of the best events companies in Spain. 2019 was our best year ever. Hard times are around today due to Covid-19, but also new opportunities flourish. None of us could expect this, and certainly no one was prepared. Now it’s the time to work hard, be creative and keep fighting.  Keep strong!!”

Former pupils continue to visit us back at the college and it has been great to get them involved again in helping our current pupils. Thanks to Maxime Evers (2015) and Dimitrije Bogdanov (2018) who came back in the autumn term to talk to the MFL classes about the importance of languages in their careers and studies. We also had Alina Solotarov (2002) giving an online webinar to our Oxbridge applicants, in which a huge amount of advice was imparted about the application process to these top universities.  The Year 13 attendees were very impressed with Alina’s knowledge and experience. Little did we know then that online learning would become the norm for all our current pupils and those still in further and higher education. 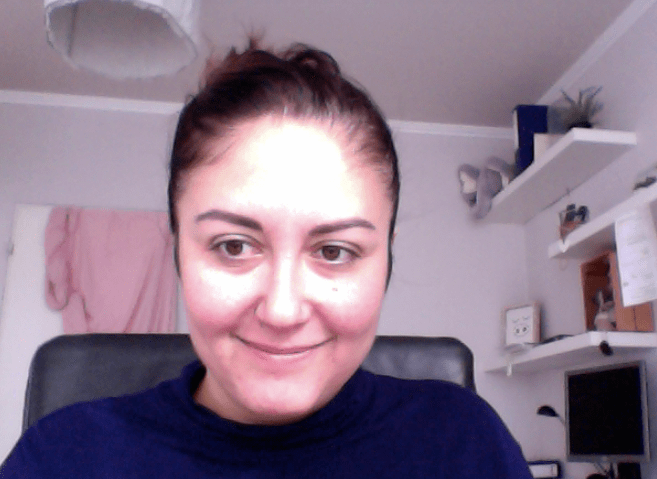 We are always looking at ways to engage our alumni in the work of the college and wherever your journey has taken you since leaving us, get in touch on the alumni@aloha-college.com email. We would really like to hear from you.